The Impacts and Effects of Reconstruction in Texas - Extension Lesson

Lesson 45 min. In this extension lesson for Impacts and Effects of Reconstruction, students investigate their own community’s leadership, to analyze the level of diversity in representation and how their communities have evolved over time. Brought to you by The Portal to Texas History 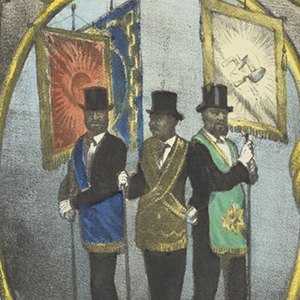 The period of Reconstruction was met with an increase in representation by African American men in both the national and state legislatures. During Radical Reconstruction, African American political participation was at an all-time high, but it was short lived due to increased violence and the political shift that resulted in Democratic party leadership in Texas for over a decade.

Following Reconstruction, African American political participation declined, and several African American appointed or elected officials stepped down, never to return to politics again. Many decades passed before anyone other than white male citizens were able to freely hold office or participate in the political process in America. As time progressed, citizens advocated for the protection of voting rights and political participation for minorities and women. Today we see diversity in representation across many levels of government.

This enrichment activity will allow students to investigate their own community’s leadership, to analyze the level of diversity in representation of various demographics (i.e. by race/ethnicity, gender, disability, etc.). The goal of this enrichment exercise is for students to understand how the post-Reconstruction political climate prevented political participation by non-white male citizens, but also to analyze the ways in which circumstances have evolved in their communities.

The Impacts and Effects of Reconstruction in Texas - Extension Lesson by UNT Libraries is licensed under a Creative Commons Attribution-NonCommercial 4.0 International (CC BY-NC 4.0) license .