UNIT 2 1 WEEK Resources for teachers to aid classroom instruction that cover Texas History during the period 1528 - 1690. Brought to you by The Portal to Texas History

The Age of Contact (1528-1690) was the era when Spaniards – and later the French – arrived in Texas searching for wealth and hoping to find native empires (like the Aztecs or the Incans) to conquer. What followed was a series of European explorations of Texas that failed to find gold or silver, but nonetheless wrought lasting effects on American Indians in Texas. European diseases brought by these explorers, such as smallpox, ravaged indigenous populations in Texas. Spanish explorers also introduced horses (which were not native to North America) to Texas and thereby began a process of transforming groups like the Apache, which soon adapted themselves into a powerful horse culture that could more effectively raid their neighbors and defend against enemies.

By the 1540s, Spain had determined that Texas contained no gold or silver, and therefore its only real value to the Spanish was in serving as a buffer that could prevent other European powers from coming too close to the silver mines in central Mexico that brought great wealth into the Spanish Empire. When the French explorer Robert La Salle landed on the coast of Texas in February 1685, Spain launched a series of expeditions into Texas with the sole intent of finding and stamping out La Salle’s forces. Although La Salle’s settlement failed by the late 1680s, Spain decided to set up permanent settlements in Texas to prevent France – or any other European power – from establishing a foothold in Texas. To that end, Spaniards set up their first missions in 1690 near the Caddo Indians in east Texas, although these missions soon failed and were abandoned by the Spanish in 1693. 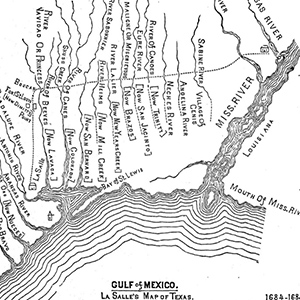 After this introduction to the unit vocabulary, students will know how to use social studies terminology correctly, including: conquistador, viceroy, province, and navigate.

Age of Contact Vocabulary Downloadable and editable versions of the terms that appear on this page.
Unit Plan # 1 60 min English none 722A 73B 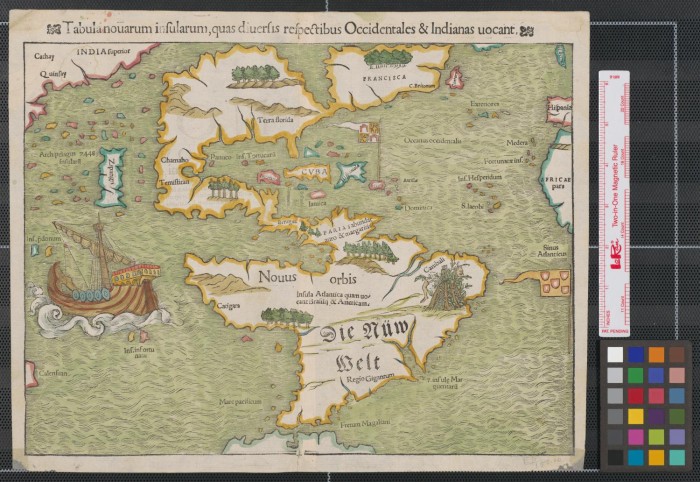 Map shows known mid-sixteenth century geography of the Western Hemisphere. Scale not given. 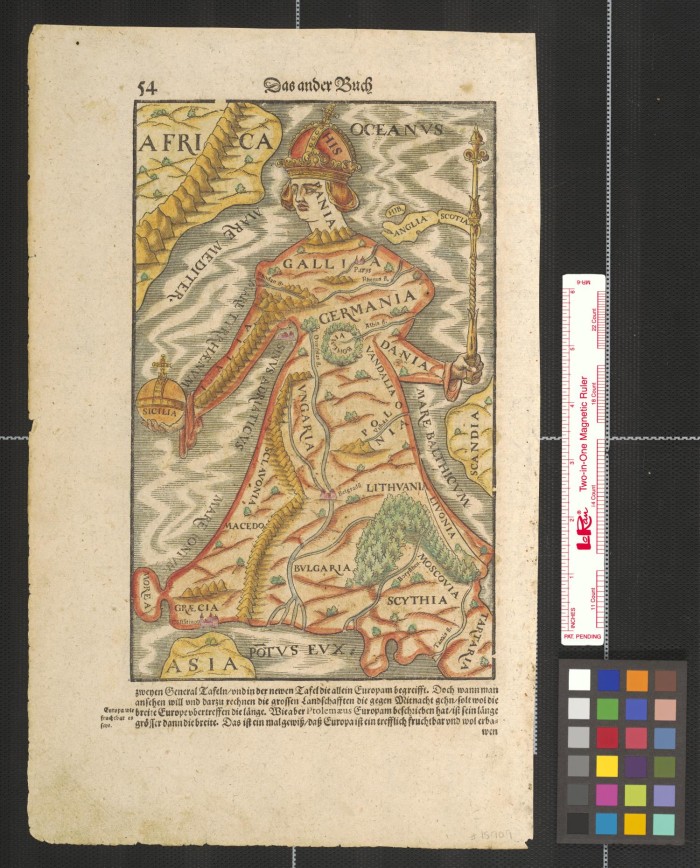 Map of Europe as queen

"Map shows a stylized Europe in the form of a woman. [Spain] is her head and [Gaul], [Germany], [Denmark], [Poland], [Hungary], [Greece], [Bulgaria], [Macedonia], and Scythia are the remainder of her body." 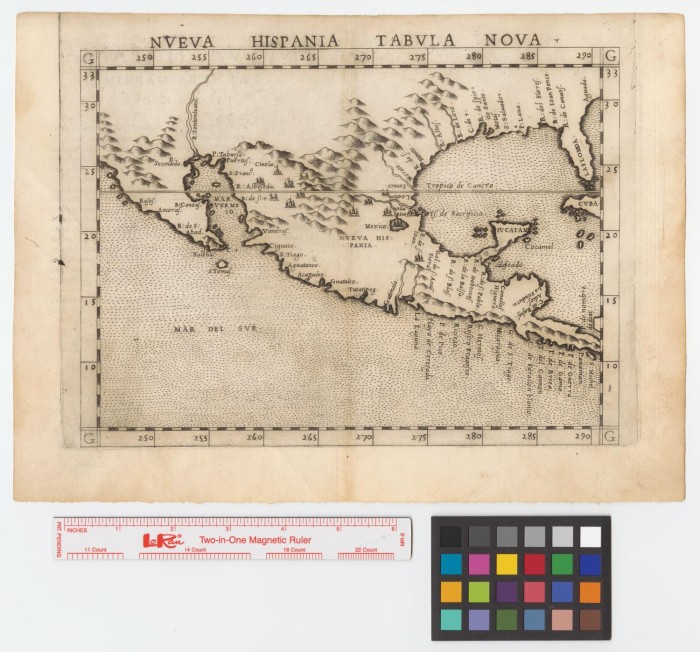 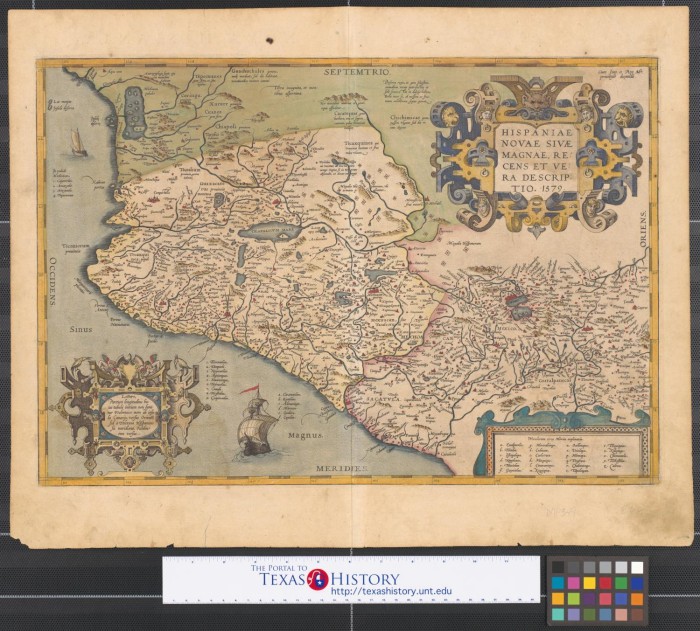 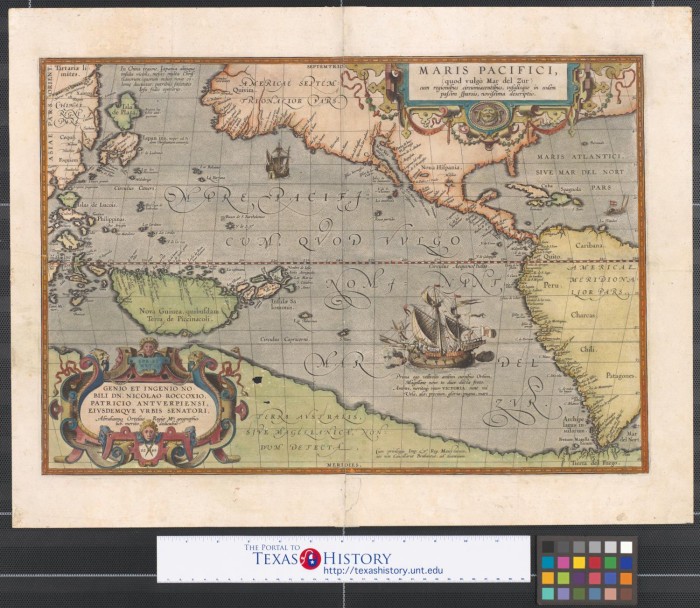 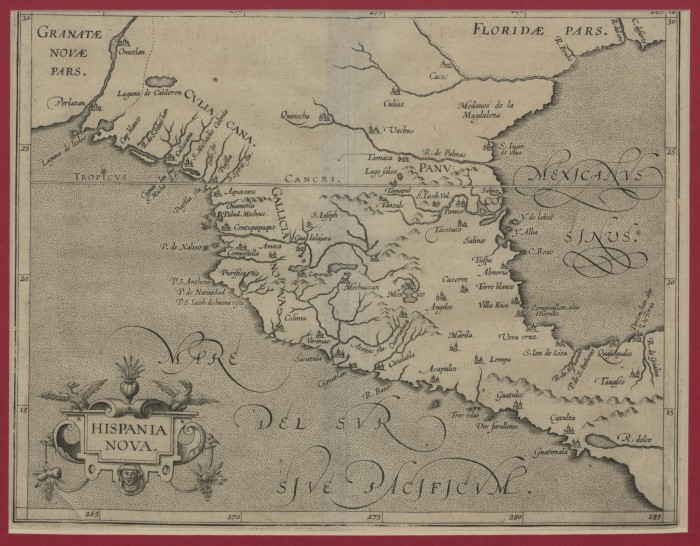 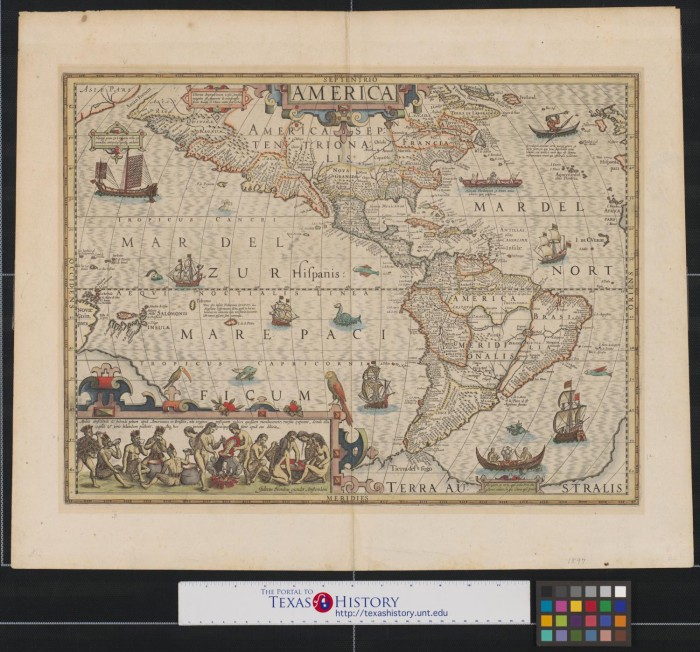 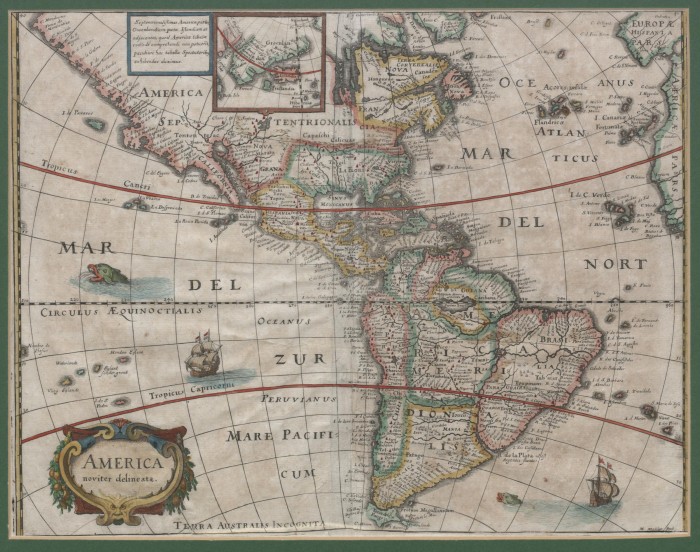 Map of North and South America showing political boundaries and place names. Includes inset of Greenland and illustrations of ships and sea monsters. 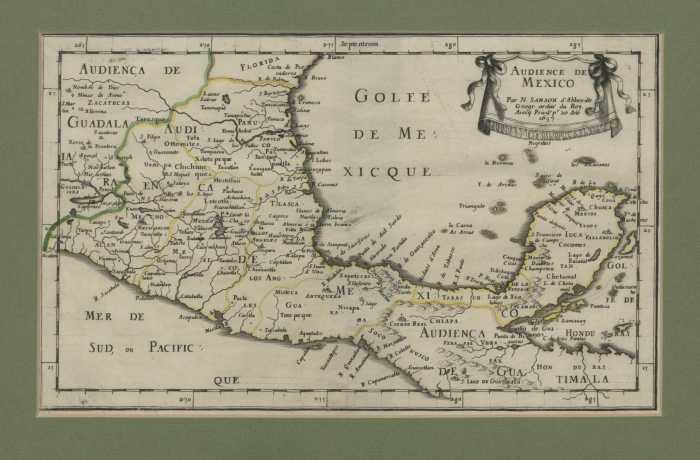 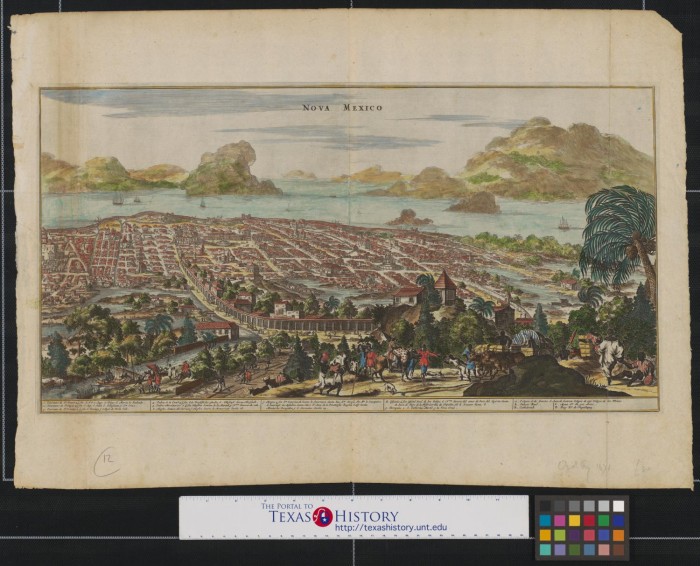 Map shows a late seventeenth century "Nova Mexico" settlement. Streets and buildings are visible in the settlement and there are Native Americans, Spanish landlords, and domestic animals depicted in the foreground. 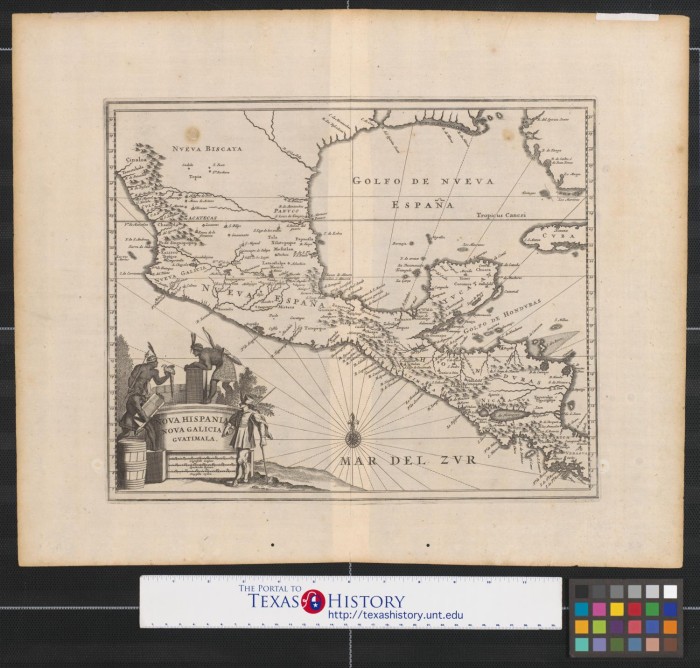 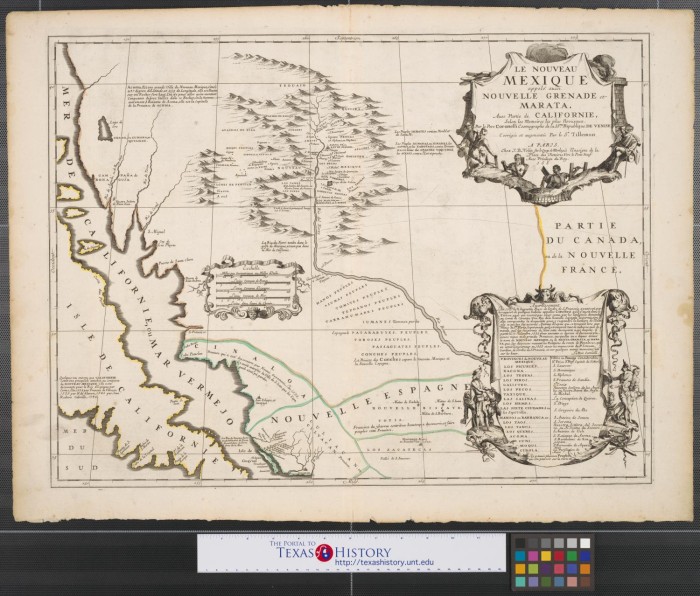 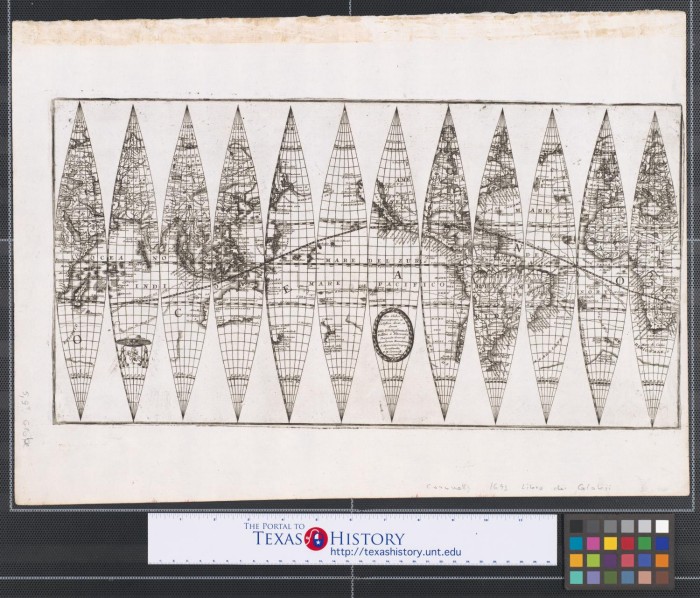 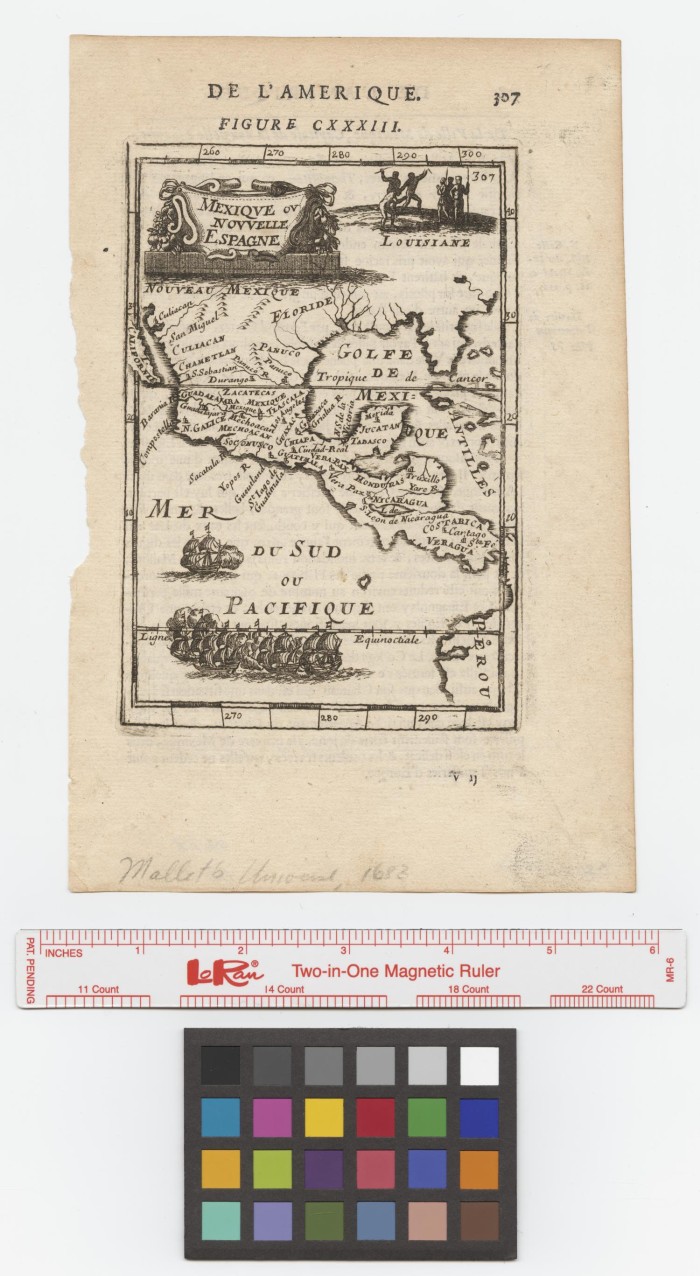 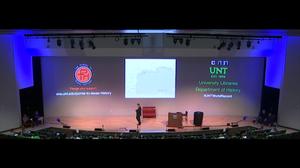