UNIT 1 1 DAY Resources for teachers to aid classroom instruction that cover Texas History up to the year 1528. Brought to you by The Portal to Texas History

In Natural Texas and its People (prehistory to 1528), students examine Texas’s geographic features and explore how the Native peoples in Texas interacted with the natural Texas environment before European colonization. The geographic differences between the many regions that would come to be known as Texas were vast, stretching from the rich soils and lush vegetation of East Texas’s piney woods, to the swampier coastal plain along the Gulf of Mexico, to the dryer and starker valley of South Texas, to the grasslands of the Texas central and high plains, to the arid and mountainous vistas of West Texas.

The first peoples of Texas were intimately connected to the physical geography of where they lived, with some groups prospering because of ample local resources while others struggled in challenging environments. Over many centuries, various native groups adapted themselves to all of Texas’s major geographic zones. Caddos thrived in the fertile eastern piney woods, where they built large-scale villages and extensive trading networks. Atakapas and Karankawas hunted, gathered, and fished in seasonal villages along the Texas coast. Various Coahuiltecan tribes often struggled in the more arid conditions of South Texas, while Apaches roamed the Plains on foot in search of bison. Jumanos in West Texas moved between established villages and hunting along the Plains, while Wichitas grew crops in the cross-timbers region that would become North Texas. By the time the first Europeans arrived in Texas in 1528, each American Indian group had carefully adapted themselves to the particular regions in which they lived.

We've assembled the following list of maps that are applicable to the Natural Texas & Its People. 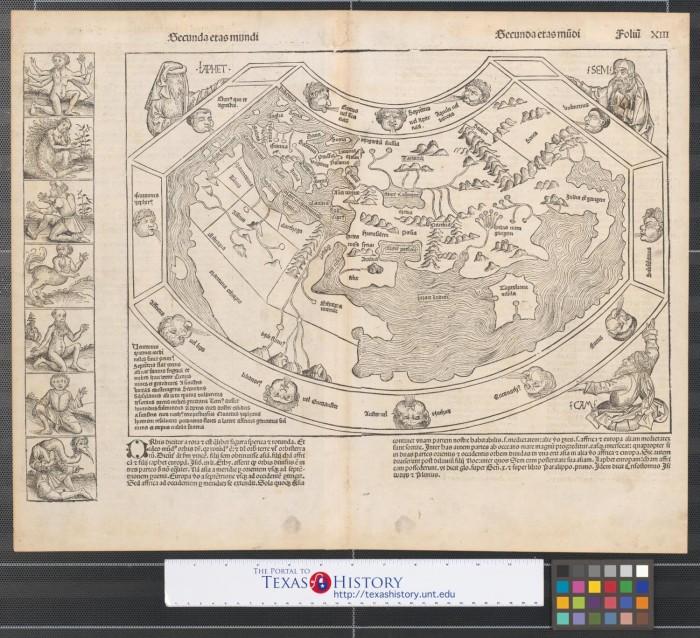 Map shows the pre-Columbus world, based on Ptolemy's Geographia. Jerusalem is at the center of the map; the Indian Ocean is an enclosed area; and Scandinavia, southern Africa and the Far East are not shown. 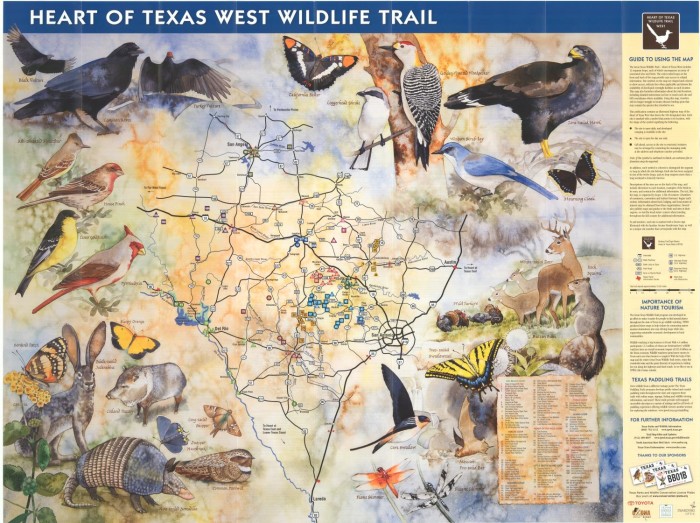 Map of the heart of Texas West depicting birding trails, with related illustrations. 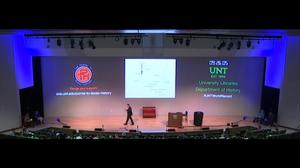