UNIT 7 Resources for teachers to aid classroom instruction that cover Texas History during the period 1845 - 1860. Brought to you by The Portal to Texas History

The annexation of Texas in 1845 led directly to the U.S.-Mexico War (1846-48), during which Texas served as the staging ground for U.S. armies that invaded both northern and central Mexico. When the war ended with the Treaty of Guadalupe Hidalgo in 1848, the United States took control of a massive swath of land between Texas and California (known as the Mexican Cession) that created the modern U.S.-Mexico border and ignited a political feud between Northerners and Southerners over whether slavery would be allowed to expand into these new western territories

During the twelve years that followed, American settlers poured into Texas. The population of Texas expanded from 212,000 in 1850 to more than 600,000 by 1860. Because the vast majority of these new Texans came from the southern United States, both cotton production and slavery also expanded dramatically. Cotton farming, the mainstay of the Texas economy, boomed: in 1849, Texans exported 58,000 bales of cotton; in 1860, Texans exported 430,000 bales. The enslaved African American population in the state also expanded from 58,000 in 1850 to more than 182,000 by 1860.

Texas, as a result, became increasingly involved in national debates over the future of slavery within the United States. Throughout the 1850s, Texan political leaders aligned themselves with the Deep South states that opposed efforts by the Republican Party and Northern politicians to stop the westward expansion of American slavery. Political turmoil over slavery and westward expansion during the 1850s ultimately led to the secession crisis of 1860-61, and the Civil War that followed. In February 1861, Anglo-Texans voted to leave the United States and soon thereafter joined the Confederate States of America.

We've assembled the following list of maps that are applicable to the Early Statehood. 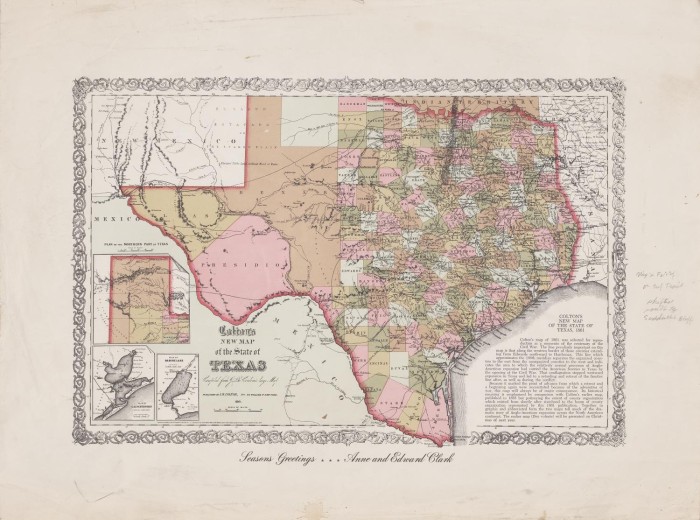 Colton's New Map of the State of Texas 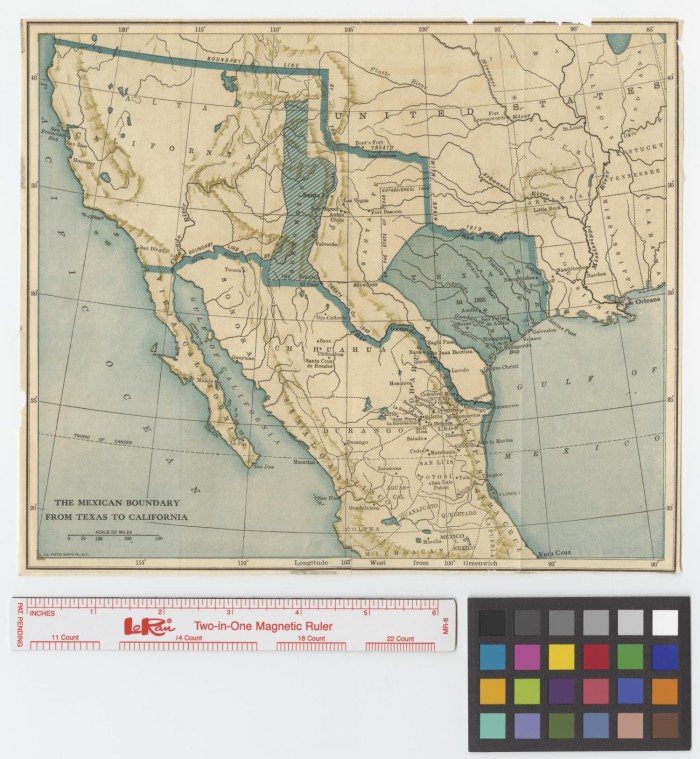 The Mexican Boundary from Texas to California 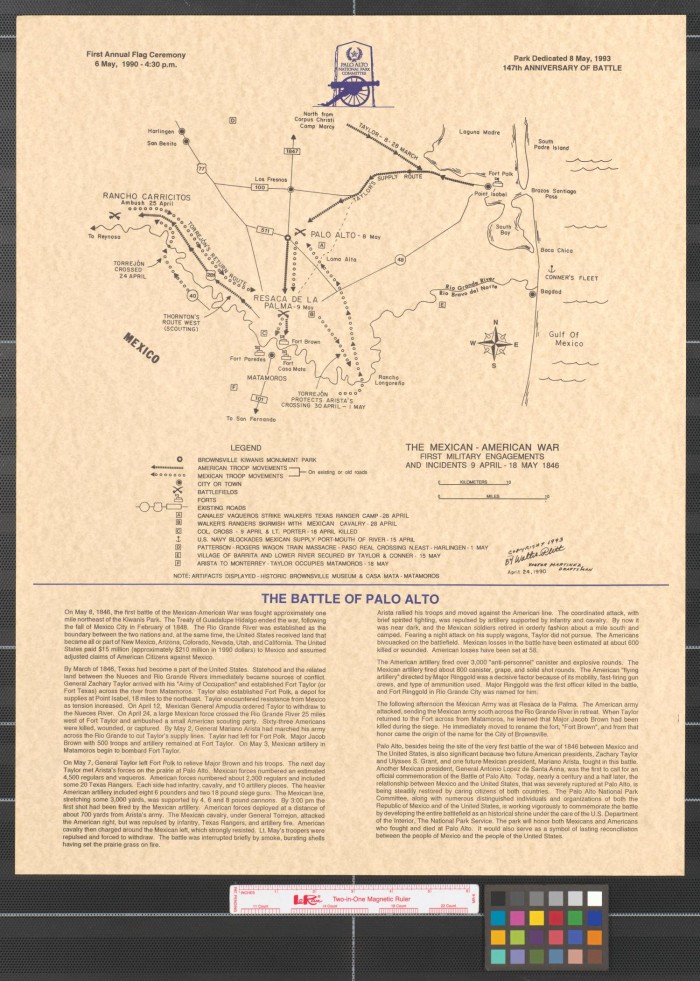 The Mexican-American War, first military engagements and incidents 9 April - 18 May 1846 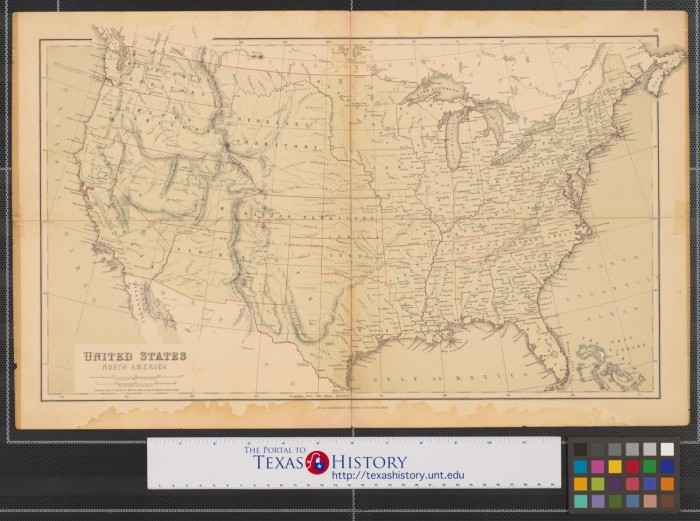 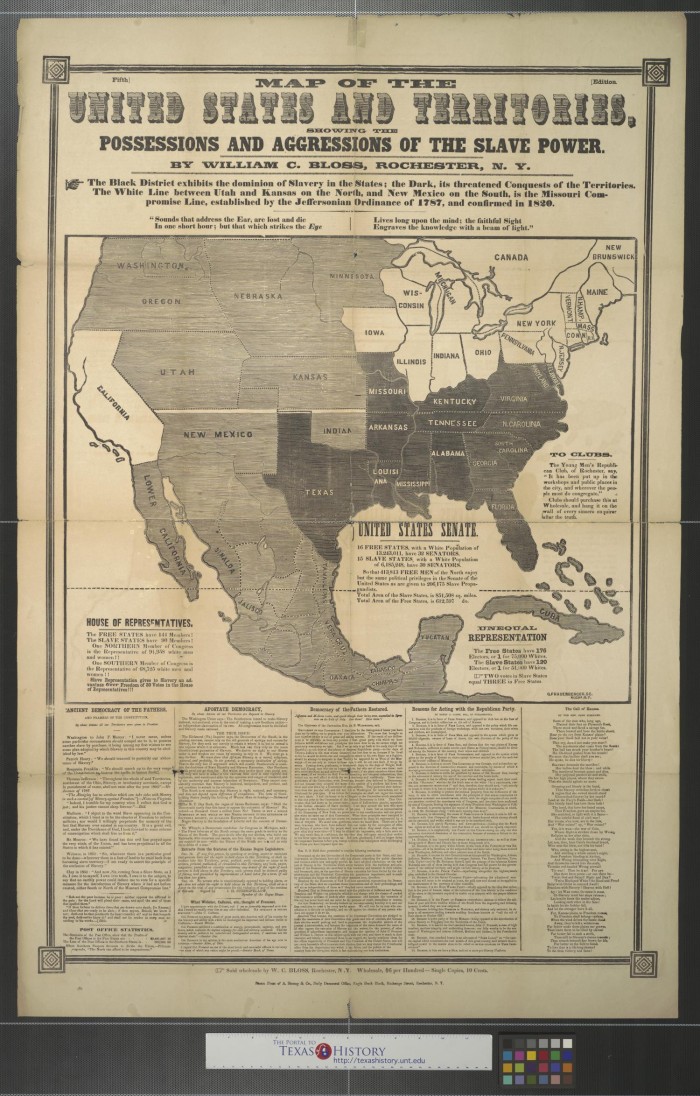 Map of the United States and territories: showing the possessions and aggressions of the slave power

"Map shows slave holding [dark shaded], non-slave holding [unshaded], and disputed territorries [grayed] parts of the United States during the decade before Civil War. The "Missouri Compromise" is indicated with a parallel line extending from the northern Arkansas border to California."

Map of the Butterfield Trail, Through Taylor County, Texas

"Map of the Butterfield Trail mail route in Taylor County, Texas, in service between September 1858 and 1861, from St. Louis, Missouri, to San Francisco, California." 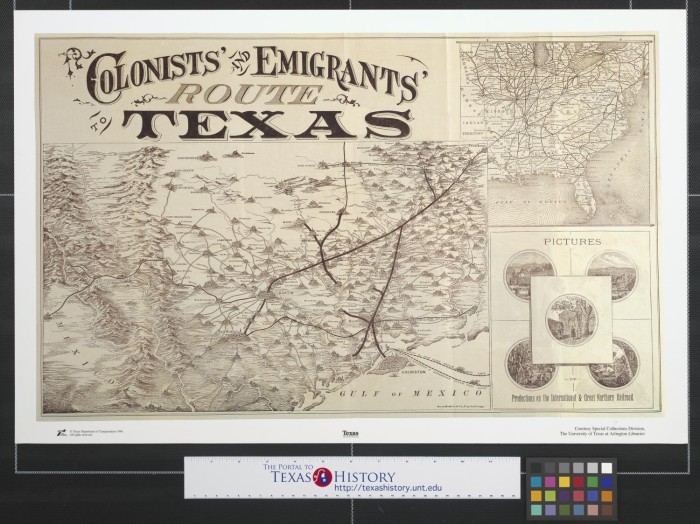 Colonists' and emigrants' route to Texas

"Map shows pictorial representation of Texas cities, towns, and military posts in European fashion [as if built on a hill]; roads, railroads, steam ship lines into Galveston, "International Overland Route," and rivers; not to scale." 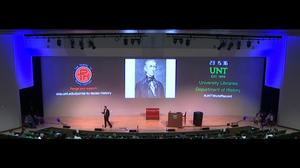 Annexation and the Road to the U.S.-Mexico War

The annexation of Texas, covering: (1) Republic of Texas on the Brink, (2) Playing the Annexation Game. 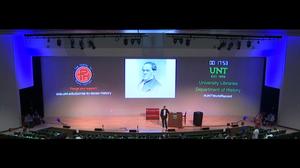 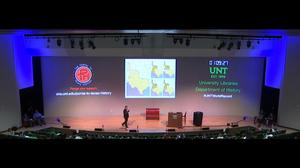