UNIT 8 Resources for teachers to aid classroom instruction that cover Texas History during the period 1861 - 1865. Brought to you by The Portal to Texas History

When the Civil War broke out in 1861, tens of thousands of Anglo-Texans enlisted in the new Confederate armies. A small number of Texans – most notably those who served in Hood’s Brigade – fought in battles on the eastern front, in places like Virginia and Pennsylvania. But the vast majority of Texas soldiers served on the western front, with Confederate armies along the Mississippi River. Other Texans served the state’s home guard along the edges of Anglo-Texan settlements and Indian nations. Some Texans, however, particularly within German communities, resisted the Confederacy.

Texas itself was not the scene of major battles, which allowed the state to support the Confederate war effort in three key areas. First, Texas supplied food and clothing to Confederate armies, since Texas farms had not been devastated by battles or invading Union troops. Second, Texas used its border with Mexico to break through the Union blockade that the U.S. used to prevent the Confederacy from shipping its cotton abroad. Third, Texas became a place of refuge for Confederates seeking to hide from U.S. armies. This became particularly important to Confederate slaveholders who hoped to prevent their enslaved people from running to freedom behind Union lines. As a result, Confederates brought an estimated 50,000 enslaved people to Texas during the war, swelling the enslaved population of the state to 230,000 by 1865.

When the Confederacy lost the war in 1865, legalized slavery came to an end in Texas. On June 19, 1865 – celebrated today as “Juneteenth,” a national holiday – the U.S. Army arrived in Galveston, Texas, and announced the end of slavery in Texas. Juneteenth marked a massive shift within the state, freed nearly a quarter of a million people, and began a process of remaking the state’s economic, political and social structures.

We've assembled the following list of maps that are applicable to the Civil War. 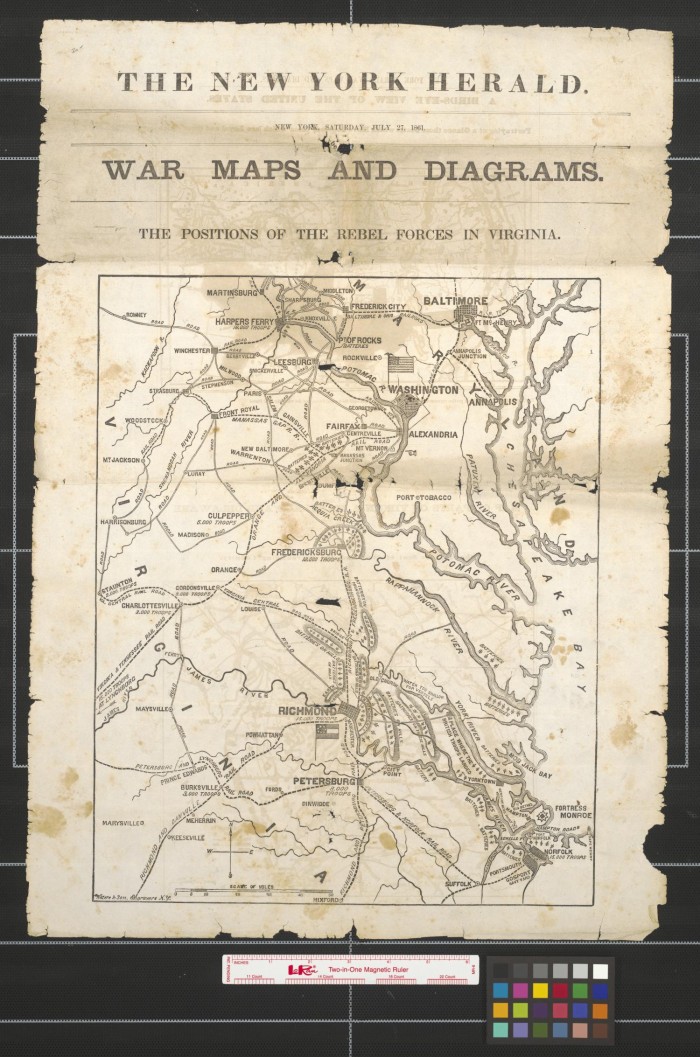 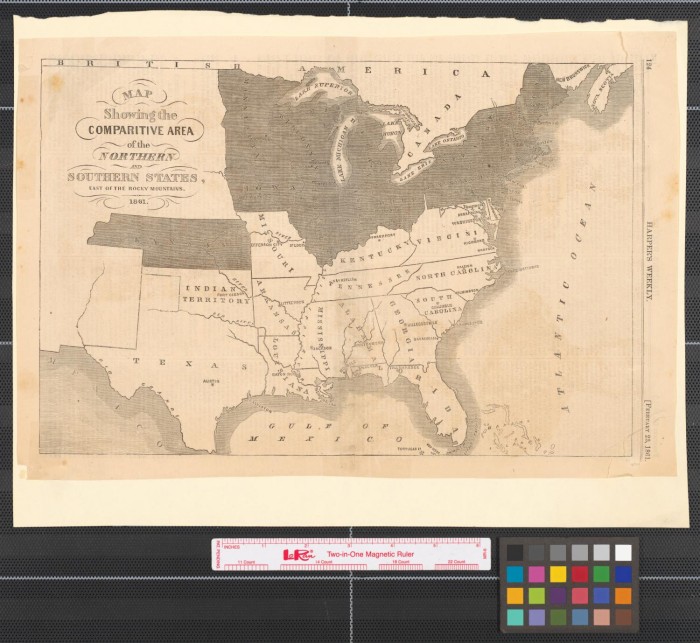 Map showing the comparative area of the Northern and Southern states east of the Rocky Mountains, 1861

"Map shows states, territories, major cities, and regional boundaries in the eastern half of the mid-nineteenth century United States." 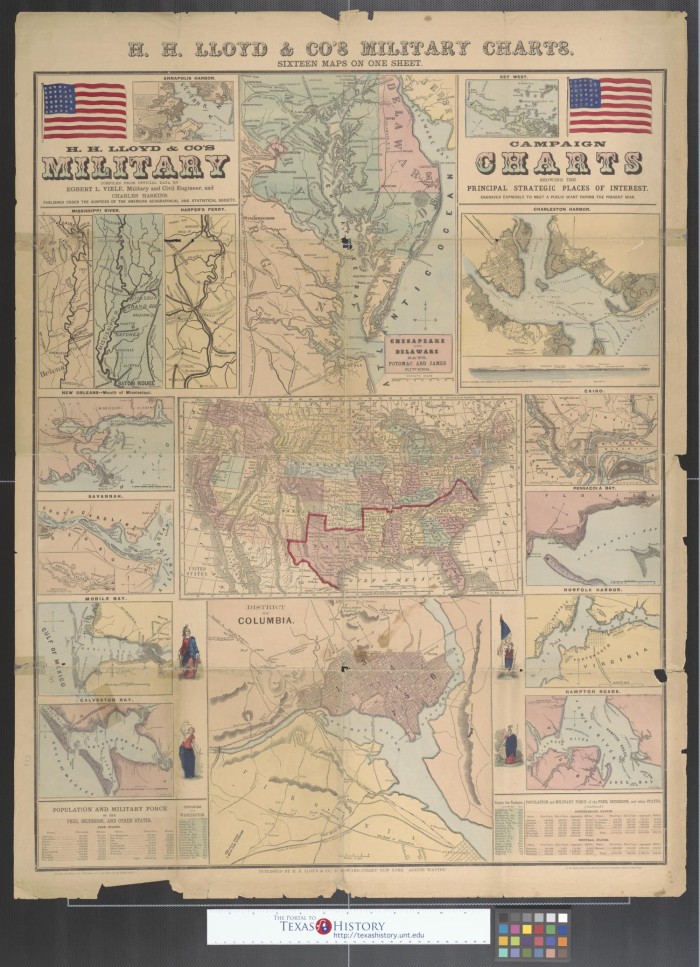 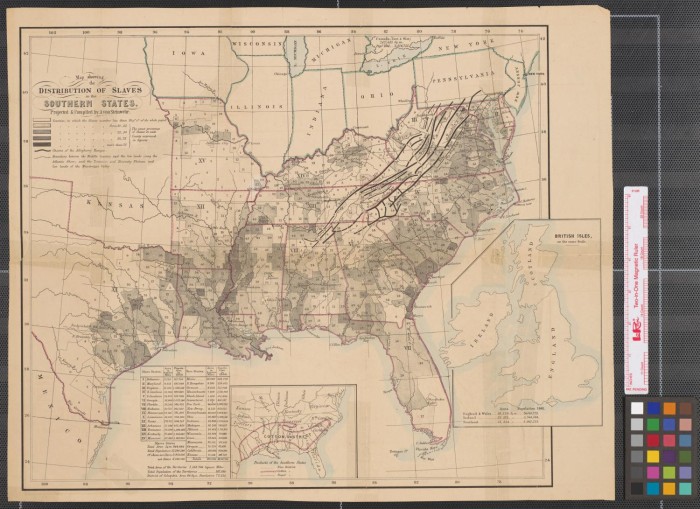 Map showing the distribution of slaves in the Southern States

"Map shows distribution of enslaved peoples, state and territorial boundaries, and major cities; agricultural products for the southern states on inset. Includes table of statistics and key to map." 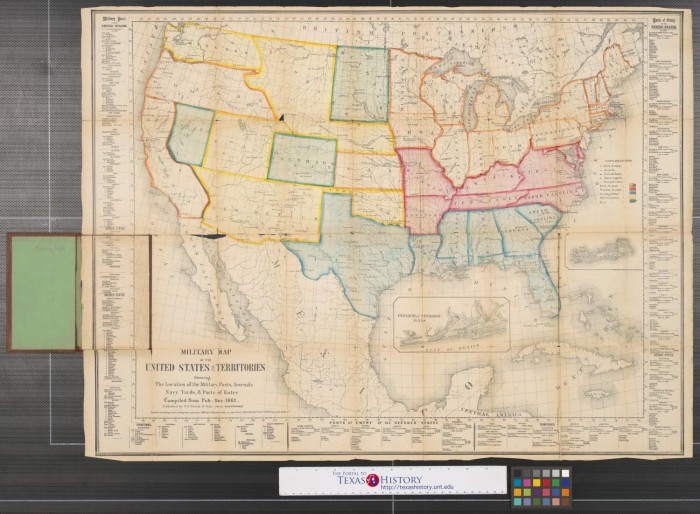 Military map of the United States & Territories : showing the location of the military posts, arsenals, navy yards, & ports of entry 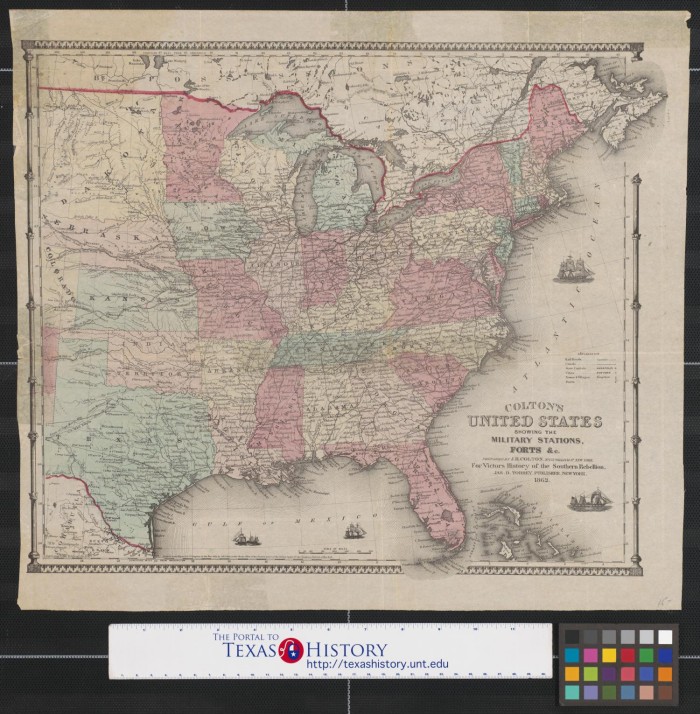 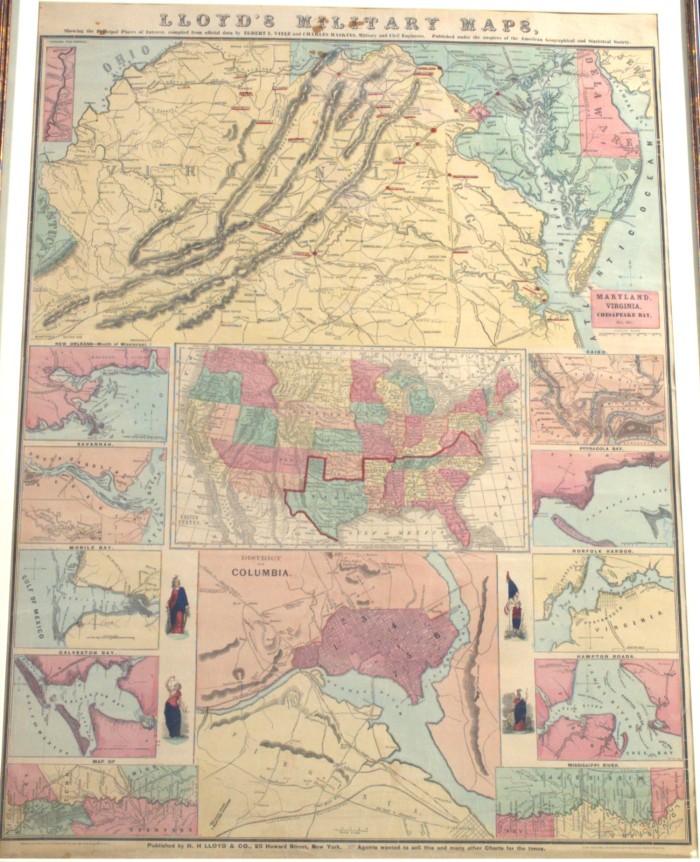 Lloyd's Military Maps, Showing the Principal Places of Interest, compiled from official data by Egbert L. Viele and Charles Haskins, Military and Civil Engineers. Published under the auspices of the American Geographical and Statistical Society 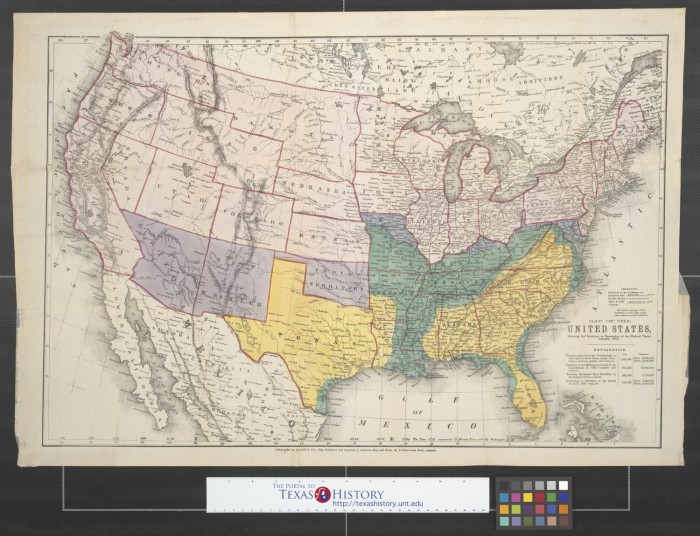 Map of the United States, showing the territory in possession of the Federal Union, January 1864 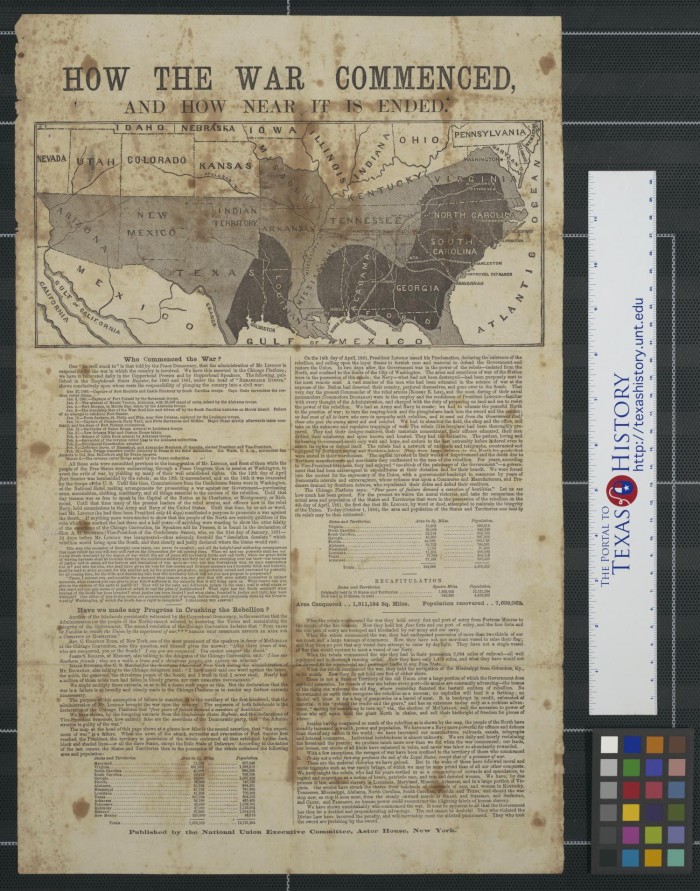 How the war commenced and how near it is ended 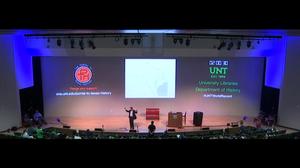 More Details about the video: Secession Secession on The Portal to Texas History English Captions
none none 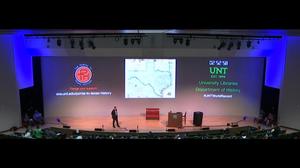 More Details about the video: Civil War Civil War on The Portal to Texas History English Captions
none none