VIDEO 18 min. Brought to you by The Portal to Texas History 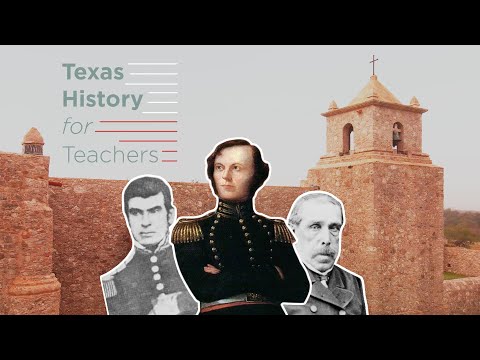 7.3(C)
Note: In some cases, district IT administrators or designated approvers may need to whitelist The Portal to Texas History & our YouTube Channel on managed networks and devices to view video content.

We'd like to hear what you have to say about this video/media. After reviewing it, please take the following short survey to help us improve it and others, now in development.

Explore an iconic setting of Texas history with an immersive journey through video, 3D virtual environments, photos, and documents of the Presidio La Bahia, also known as Fort Defiance, and Fannin Battleground State Historic Site in and around Goliad, TX.

This material is still under active development.

Interior walk-though of the museum located on the west side of Presidio La Bahia.

Interior walk-though of the barracks located on the south side of Presidio La Bahia.

Interior walk-though of the chapel located on the north-west corner of Presidio La Bahia.

The following map will help you get oriented on this field trip. If you allow your browser to know your location (and your OS permissions allow it), we’ll plot your location to show your students their proximity to the places discussed on this page.

Photos in the Portal to Texas History

Note the condition of the walls, roof, and exterior of Presidio La Bahia. 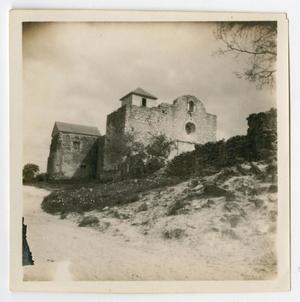 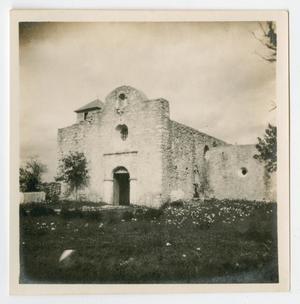 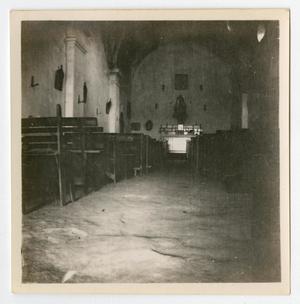 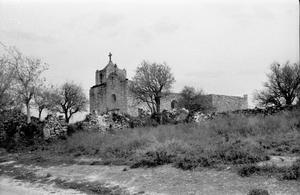 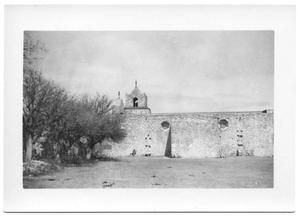 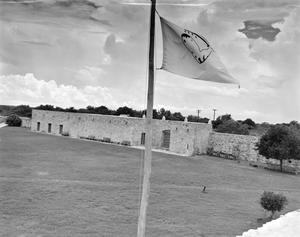 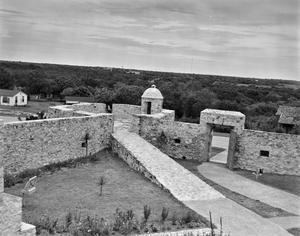 1839 Map including Goliad, Victoria, and an X where “Fannin’s Battle” took place, overhead drawings of “Fort Defiance”, showing the positions of artillery, fortifications, barracks, and other notable points, and modern aerial photos of the area. 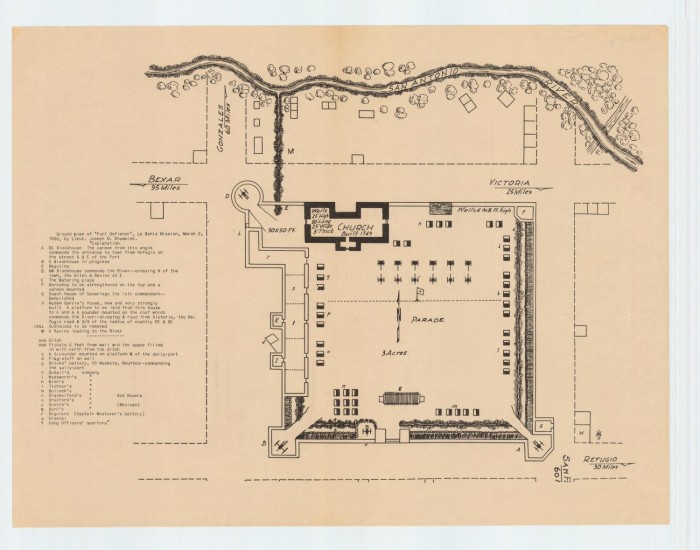 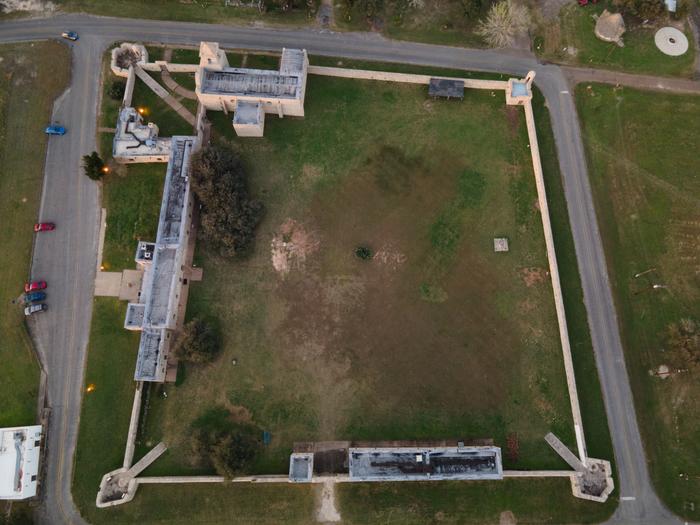 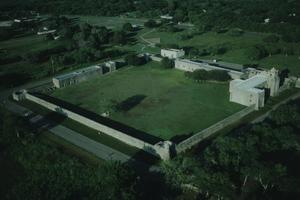 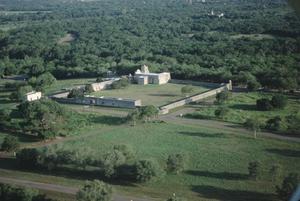 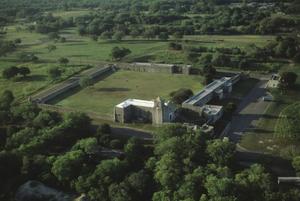 Drawing of Fannin’s Fight, showing the Texas Infantry, breastworks, and lines of assault by Mexican Dragoons and Infantry. Aerial view of the surrounding area, now the Fannin Battleground State Historic Site, and the cotton gin screw that marks the location of the fight. 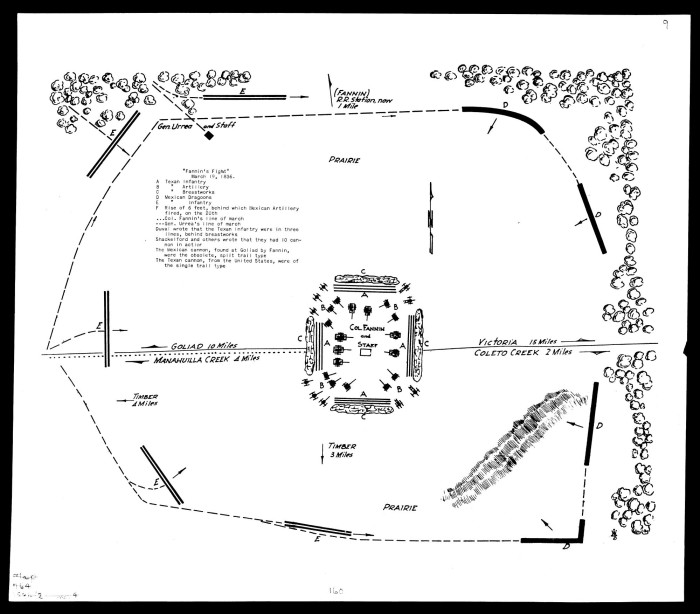 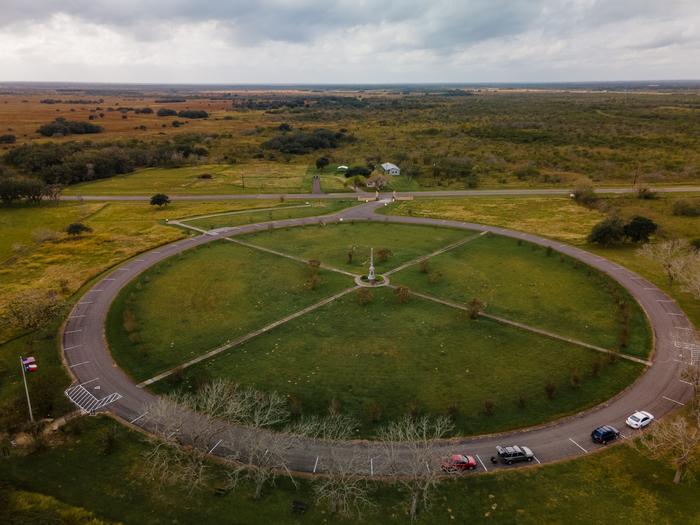 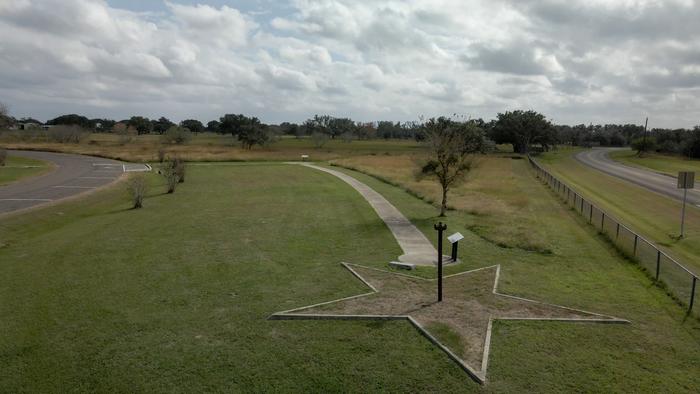 Linked below is 3 minute clip of archival footage that aired on WBAP-TV (Fort Worth, TX) on November 29, 1964. It shows the state of the Presidio in the 1960s during archeological work and restoration. There is no sound in the original media, but a script is available to read on The Portal to Texas History. 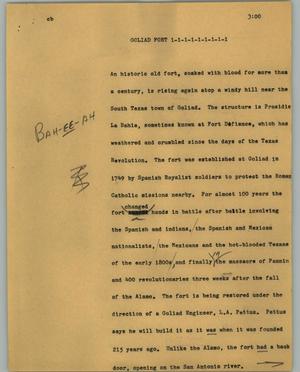 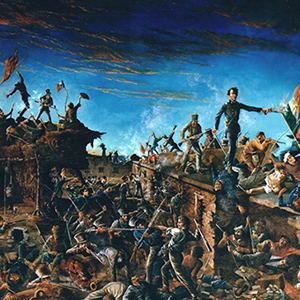 Battles of the Texas Revolution

The student will examine the Battle of the Alamo, Battle of Coleto Creek, Goliad Massacre, Runaway Scrape, and Battle of San Jacinto and understand the influence of the following people: Travis. Bowie, Sequin, Houston, Fannin, Urrea, and Santa Anna.